Dominance is a just a fancy-schmancy way of saying that the phenotypic effects of alleles at a single locus are not additive 💁‍♂️. Ok, but what does that mean?

To illustrate, let’s go back to the example of differences in milk-yield among a bunch of cows 🐮🐮(Fig. 1). As I mentioned in a previous post, some of these differences are due to genetic differences among the cows and some are due to environmental differences. For example, there could be (average) differences between the milk yield of cows with AA genotype (30 liters) vs cows with Aa genotype (20 liters) vs cows with aa genotype (10 liters). In this example, each additional A allele results in an (average) increase of 10 liters of milk (Fig. 1A). This may not always be the case if, for example, cows with the Aa genotype and AA genotype have the same average milk yield: 30 liters (Fig 1B). If this is the case, we say that the effect of alleles at this locus are non-additive or that there is dominance at this locus. 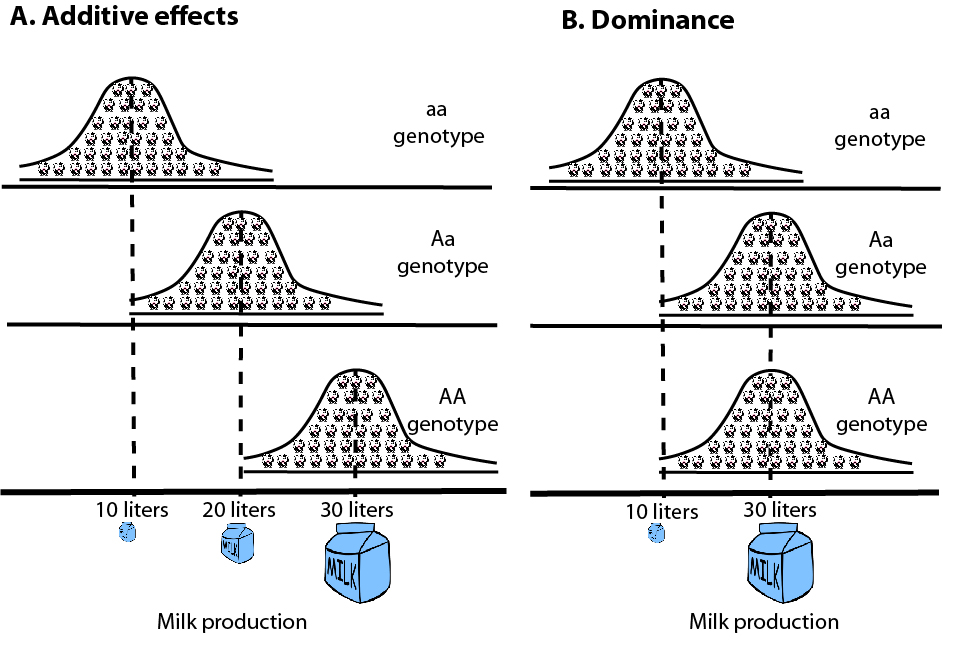 Fig. 1: A) Additivity is when each additional allele adds a fixed value to the phenotype. B) Things are not that symmetric when there’s dominance. In this example, the average phenotype is the same for the AA and Aa genotypes.

When you were learning genetics in school 🏫, you probably came across terms like “dominant” and “recessive”, which are often used to refer to Mendelian traits such as the presence/absence of cleft chin 🍑 in humans. These terms are ok for simple Mendelian traits but quite limiting for quantitative traits . Also limiting are terms like complete dominance, a special case of dominance in which the phenotypic distributions of AA and Aa genotypes are indistinguishable (Fig. 1B). There is a more flexible way to describe dominance: d.

The dominance deviation, d, describes the degree (and direction) in which genotypic values deviate from additivity. 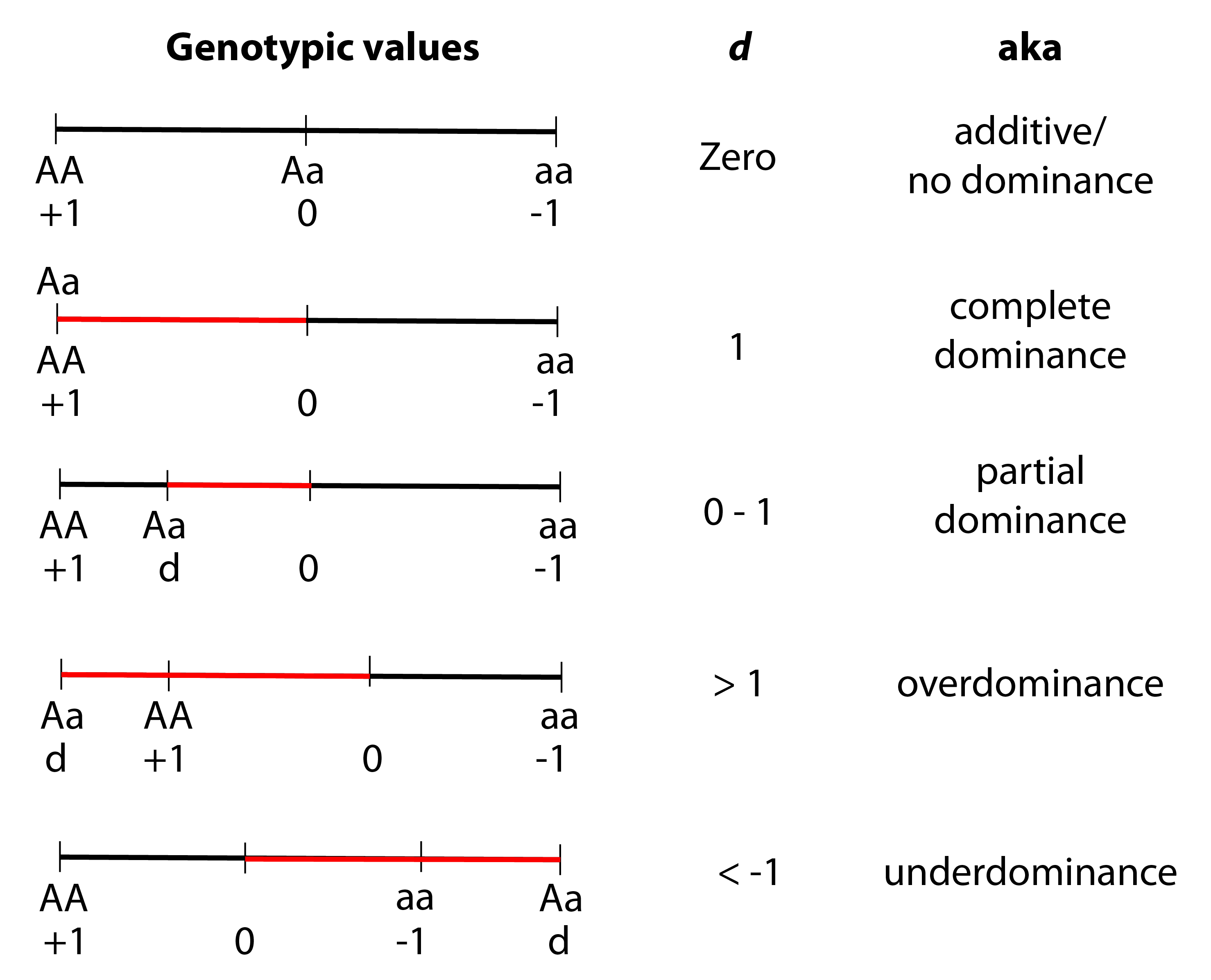 Can you see how the dominance deviation flexibly and quantitatively describes the different cases of dominance (including no dominance!)? The meaning of the different values of d are further explained below:

d = 0: no dominance. The allelic effects are completely additive and the average phenotype of Aa is smack dab in the middle between AA and aa.

d = 1: complete dominance. AA has the same genotypic value as Aa. Note that this is the same as the example of milk yield in Fig. 1B.

d < -1: underdominance. The genotypic value of Aa is less than that of either homozygote.

🚨There is one common misconception regarding dominance that I want to clear up: dominance does not tell us anything about how frequent the allele is in the population. For example, the A allele in Fig. 1B, even though it is ‘dominant’, might only be present at 10% frequency in the population.