Why we expect genetic differences between populations to be zero

We expect the genetic difference between two (or an arbitrary number of) groups that diverged from some common ancestral population to be zero under neutrality. This is a well-known result that I feel like isn’t discussed enough, especially in discussions around mean differences in traits such as IQ and educational attainment. I can’t comment on the validity of these phenotypes and I don’t (and will not) wade into loaded conversations about how much of the variance underlying these traits is heritable and in which direction. However, I sense that there are misconceptions among students about the expectation of the mean genetic difference underlying a neutrally evolving phenotype, and I’m casually here to set the record straight.

The expected genetic value in a population

To answer these questions, we must first talk about genetic value and figure out what it’s expectation is in a single (randomly mating) population. Let’s begin (as we do) with a generative model for the phenotype:

where \(g = \sum_{i = 1}^M \beta_i x_i\) is the genetic value (summed across \(M\) loci) and \(e\) is random (environmental) error. I like to think of the genetic value as the expected phenotype of an individual given their genotype (\(x\)): \(\mathbb{E}(y|x)\). You can also (informally) think of it as the phenotype of an individual that can be predicted from their genotype.

For two (randomly mating) populations that have diverged from a common ancestral population 2, the frequency of a neutral allele in the \(j^{th}\) population at the \(i^{th}\) locus approximately follows a normal distribution:

\[f_{i}^{(j)} \sim \mathcal{N}(f_i ~, ~ f_i(1-f_i)F)\] Where \(f_i\) is the frequency in the ancestral population and \(F\) is a measure of drift since the populations split. \(F \approx \frac{t}{2N_e}\) where \(t\) is the number of generations since the split and \(N_e\) is the (diploid) effective population size. You can also think of \(F\) as the \(F_{st}\) between the two populations (more on this some other time). The derivation for this is complicated and not super important for this post but I’ll demonstrate that it holds with simulations.

Write a function to simulate drift in a population given some starting frequency, the effective population size, and the number of generations for which we want the simulation to run.

Now simulate the drift in the allele frequency at 1,000 independent loci, each starting with an ancestral frequency of 0.5. We’ll simulate a population of size 1,000 individuals and see how the frequency changes as we increase the divergence time between the two populations. 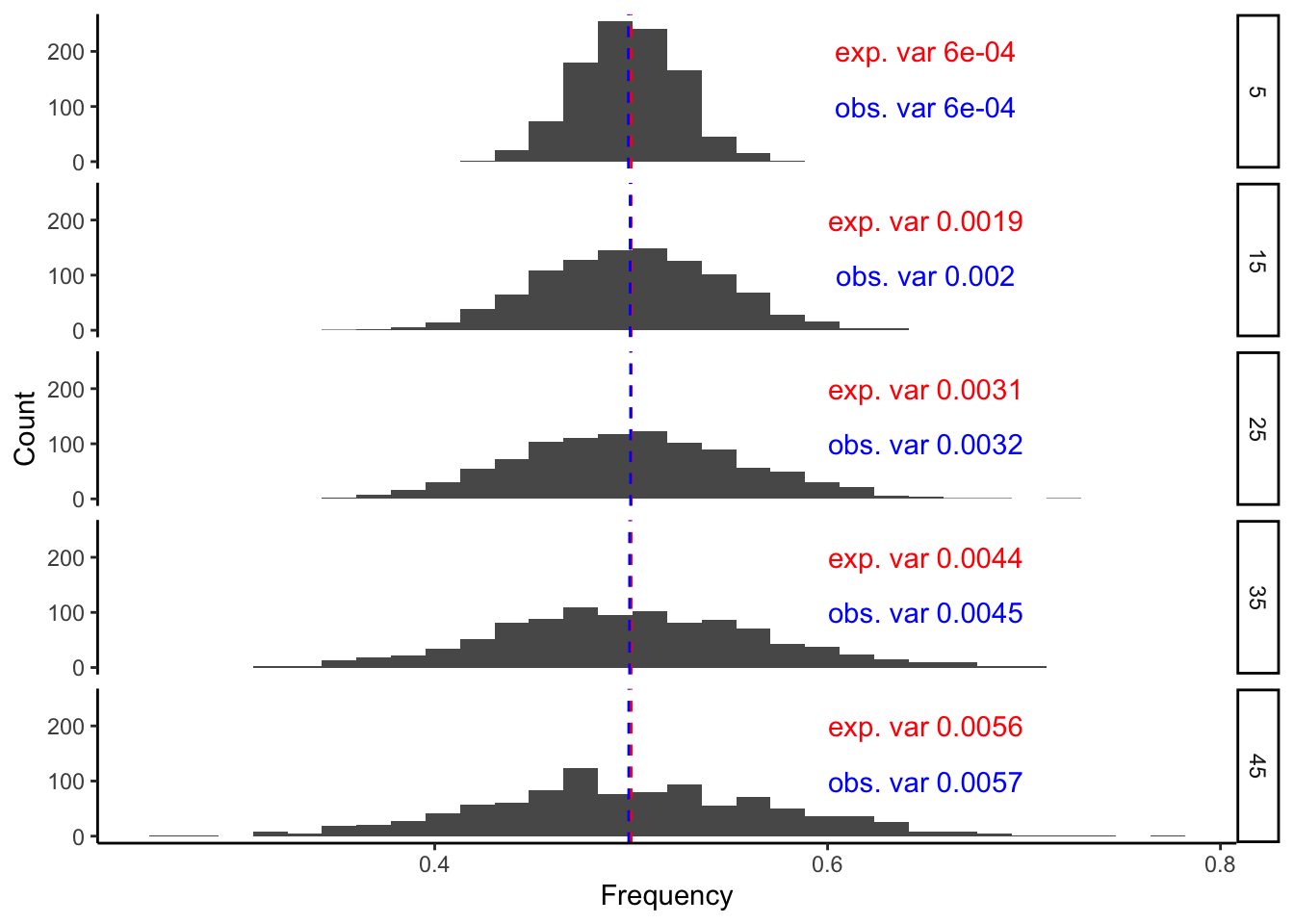 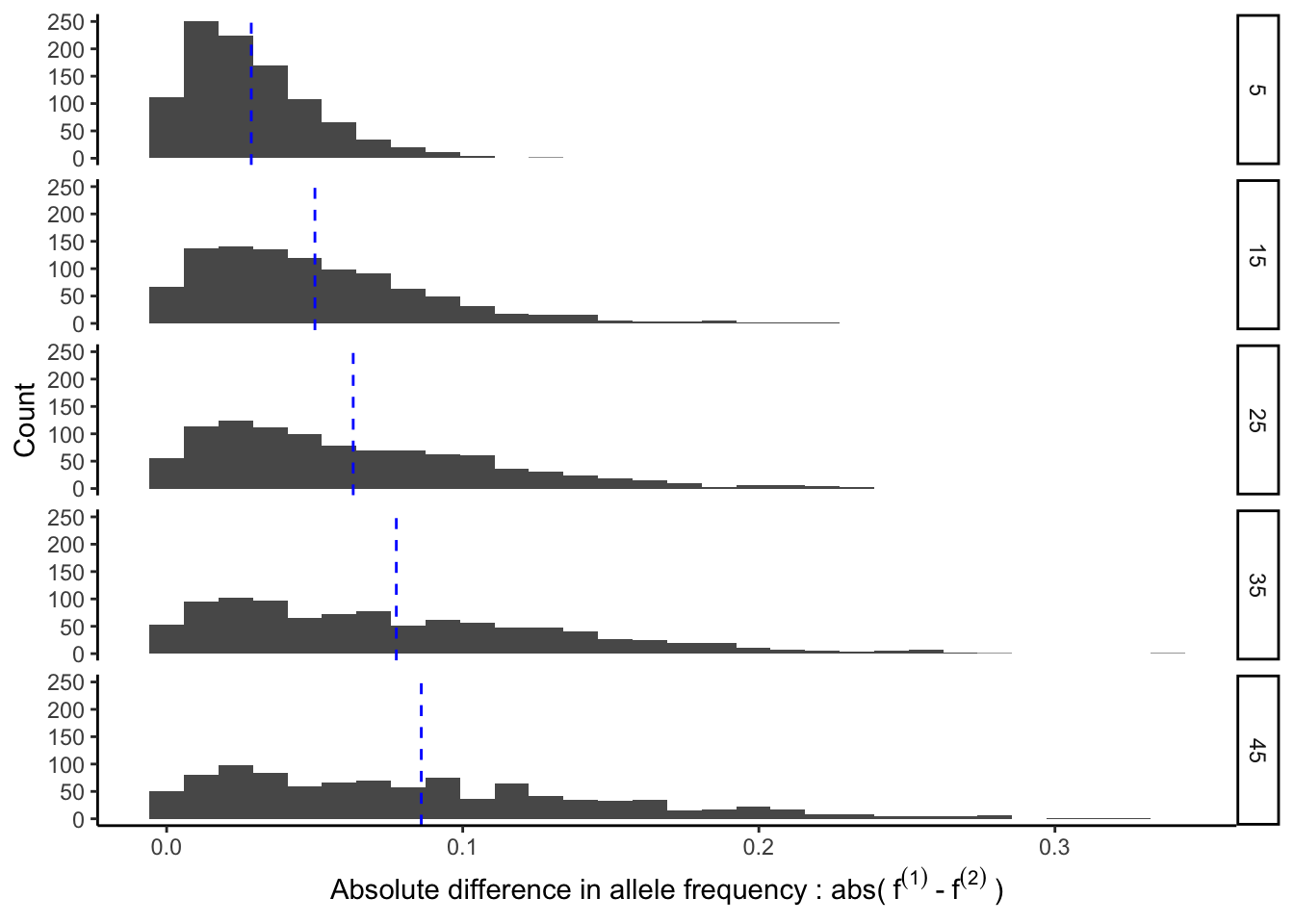 It follows then that we also expect the absolute difference in genetic values between populations to also increase with divergence time.

A simpler way to say this is that for two populations that diverged from some common ancestor, we do expect there to be genetic differences underlying a neutrally evolving trait. BUT, we don’t know which direction this difference will take. Putting it differently, we don’t know whether population 1 or 2 should have a higher mean genetic value for the trait. This is one thing that needs to be kept in mind when discussing phenotypic differences between populations.

Thanks to Trang Le for giving feedback on an earlier draft of this post. 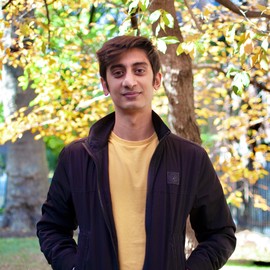