Additive genetic variance first since that’s easier. Suppose there is a gene called A (very creative, I know 😛) involved in milk production in cows 🐮. Further suppose that a cow can have the genotype AA, Aa, or aa at gene A because cows are diploid. Cows with genotype aa produce, on average, 10 liters of milk everyday. I don’t know if that’s a normal amount or not so don’t judge me if you’re a farmer 👨🏻‍🌾 and you’ve chanced upon this blog. Cows with a single A allele in their genotype (i.e. genotype Aa or aA) produce, on average, 20 liters of milk and cows with genotype AA produce 30 (Fig. 1). 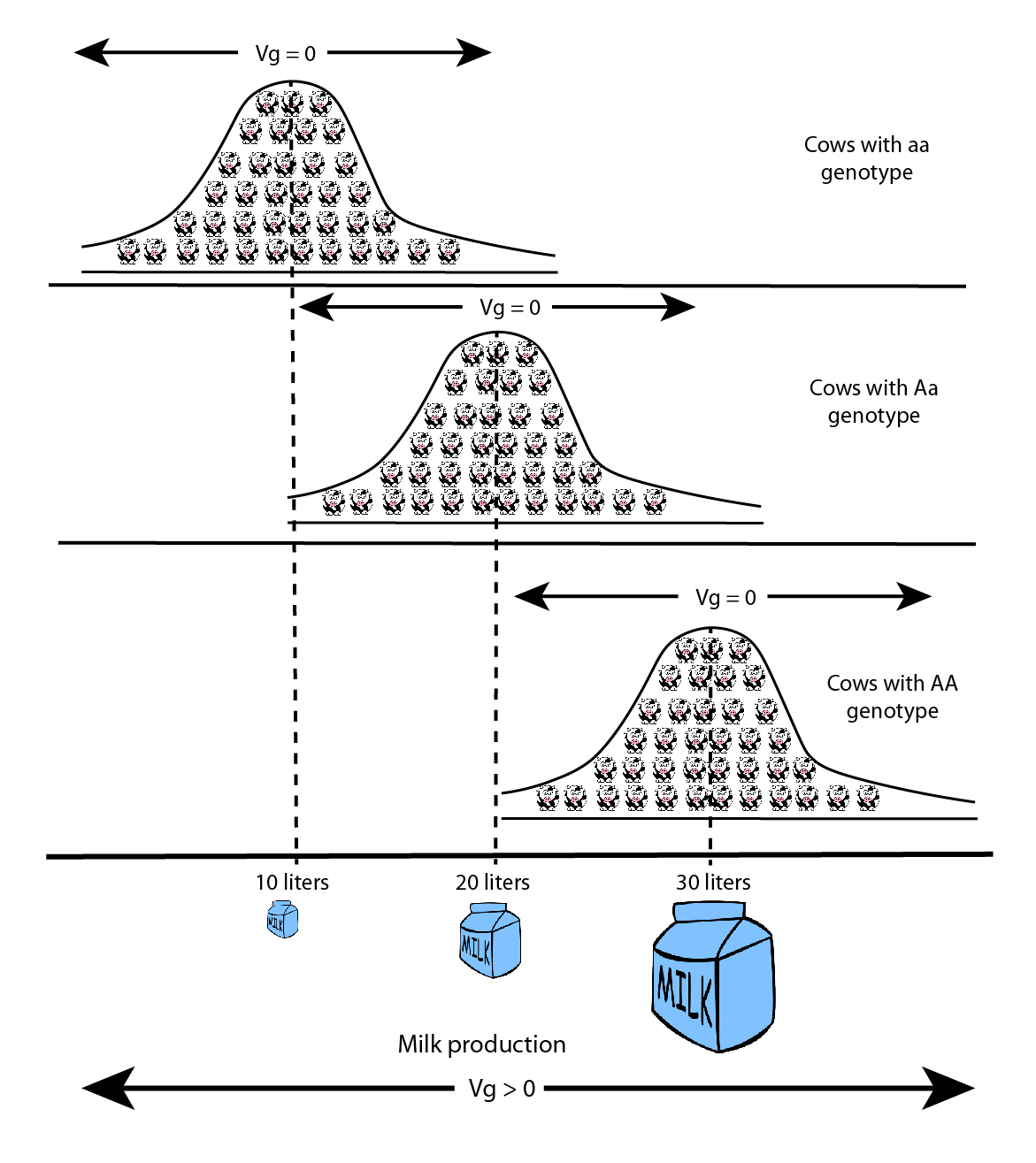 It seems that each additional A allele that a cow carries, on average, increases the milk production by 10 liters (aa = 10, Aa = 20, AA = 30, Fig. 1). There is no dominant or recessive allele, despite my poor use of the letters. We say that the effect of A (and a if we look at it as decreasing milk yield) is additive. If one of the alleles were dominant/recessive, we would say the allelic effects are non-additive because we couldn’t just figure out the average milk yield by adding up the number of A alleles. (Side exercise: if A is the dominant allele and a is recessive, what would the average milk yields be for the three genotypes?).

The last point can be extended from one gene/ locus to two (or more) genes/loci. Different alleles at the two loci might contribute additively to milk yield (Fig. 2). This additivity has everything to do with the difference between narrow-sense and broad-sense heritability. If broad-sense heritability is the proportion of phenotypic variance that is due to ALL genetic effects (additive + non-additive), narrow-sense heritability is the proportion of phenotypic variation only due to additive genetic effects. What are non-additive effects? Why are they important? Why does this distinction matter? What is the meaning of life 🌄🤔? There’s a whole post about this (ok, not the last question), so stay tuned 😎🍿. 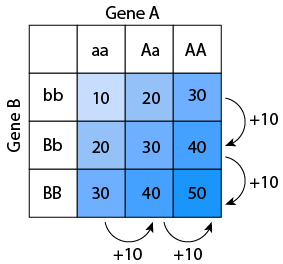 Figure 2: The effect of alleles on milk yield (numbers) in this example is additive. Doesn’t matter if we look at each gene separately, or combine effects across them. Primary source: Lynch M, Walsh B. 1998. Genetics and analysis of quantitative traits. Sunderland, MA: Sinauer Associates, Inc.