Why does admixture create LD between unlinked loci?

Admixture generates linkage disequilibrium between loci, even those that are unlinked (i.e. segregate independently or reside on different chromosomes). A lot of my PhD was spent thinking about admixture and admixture LD gave me some grief. Recently I went back to some old notes on the topic to try and explain this to my students and I figured I’d share them in case others find them helpful.

The intuition behind admixture LD

For an intuitive explanation, I actually quite like the illustration in Human Evolutionary Genetics 1. Let’s consider a simple model of admixture between two populations (red and blue), which have been reproductively isolated (Fig. 1). In the first generation, all individuals will have one blue and one red chromosome. Now let’s say you sampled a single chromosome and determined it’s ancestry (red or blue). Because chromosomes can either be entirely red or entirely blue, you will immediately know the ancestry of all loci across the genome with absoulte certainty, even for loci on different chromosomes (Fig. 1). In other words, the ancestry across loci are complettely correlated in the admixed population. This correlation in known as admixture LD. 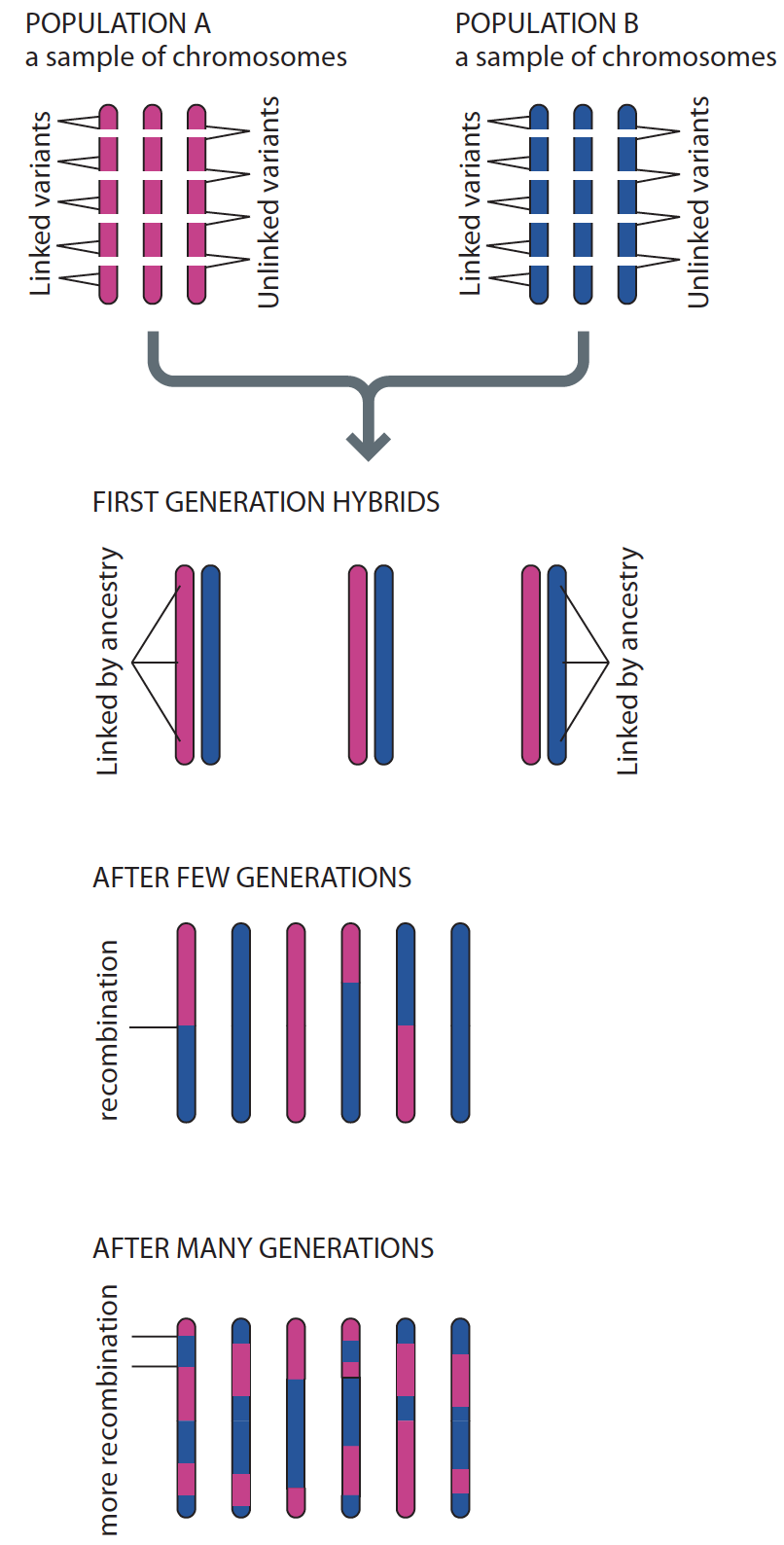 Problem is, we can’t know the ancestry at a locus. Chromosomes are not painted red or blue (or which population they come from). What we can find out are the genotypes (by genotyping/sequencing). Does admixture induce correlations between genotypes at unlinked loci? Yes, but this correlation depends on a number of things and to develop a more nuanced (and quantitative) understanding, we need to do some math.

This shows that the admixture LD between the genotypes at two loci depends on two things: (i) the product of the allele frequency difference between the two populations \((f_1^A - f_2^A)(f_1^B - f_2^B)\) 4 and (ii) the admixture fraction \(\alpha\). Let’s get an intuitive understanding of the relationship between admixture LD and these two quantities with a plot. 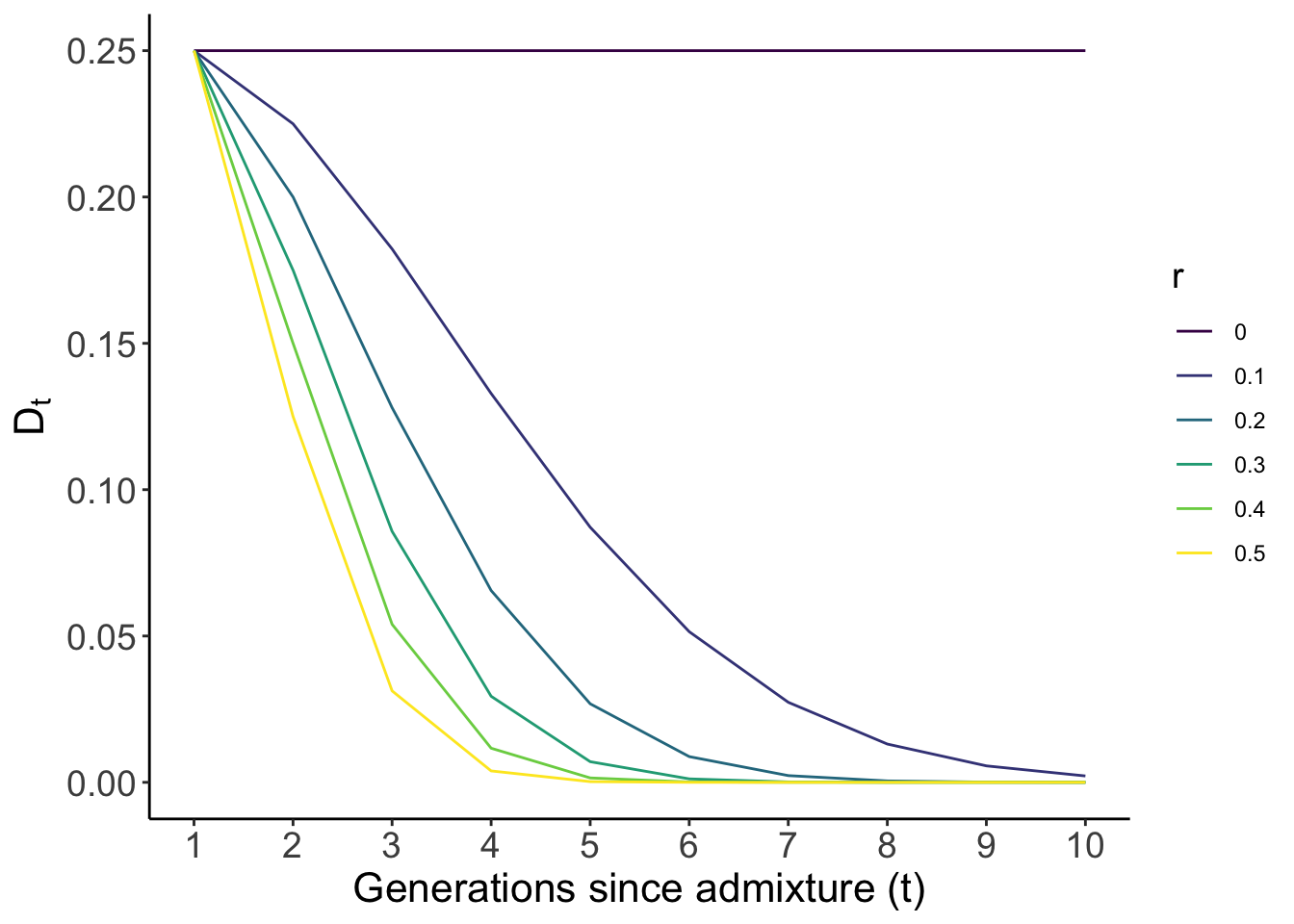 As you can see, \(D\) decays very quickly between loci, but especially when the loci are not unlinked (i.e. \(r = 0.5\), yellow line), reaching almost neglegible values just after 4 generations of random mating. However, the rate of decay shown here is if the admixed population were mating randomly. Admixture LD will decay more slowly in a population with ancestry-based assortative mating (i.e. where individuals prefer to mate with others of similar ancestry) and/or if the admixture is continuous (i.e. with an continuous influx of individuals from one or both of the ancestral populations) as opposed to occurring in a single event. Why that happens is beyond the scope of this post but you should look up Pfaff et al. 2001 and Zaitlen et al. 2017 for a deeper treatment (with nice and clear notation) of this topic.